Had fun playing in the #oldschoolmtg Summer Derby!

Wrapped up tonight at 5-3 with “The Trap ’94”. I don’t always play with 1 strip mine, but when I do I try to make opponents wish there was 4! Thanks as always to
@dfirthbard and crew, all my opponents and friends!

So for those that are into history, my deck of course is not my original idea (though my build is best obv). I was inspired to play this by @kevincron at EW16. Check out coverage here: eternalcentral.com/oldschoolew2016. I won’t spoil it but his picture is great…OH! (IO!)

The deck name comes from discussions with Seriousos about this type of deck and what a better term for this type of lock deck could be. Abe told me the following about this deck. “That nature’s revolt/pendrell mists deck was called ‘The Trap'”

“An in color diamond or a mind stone or whatever. It was a type 2 deck. A quirk of 5th edition era rules was that if your permanent had some upkeep cost (a phase cost), you had to pay that cost before you were allowed to use any of that permanent’s abilities. So once your upkeep began, you had to sacrifice all your lands. You couldn’t even cast a disenchant.

Or tap them all to pay for themselves.

And any new land would have summoning sickness so your opponent couldn’t drop a land and cast 1-drops.
You needed one rock to pay for one land. And then use that land to beatdown with.” 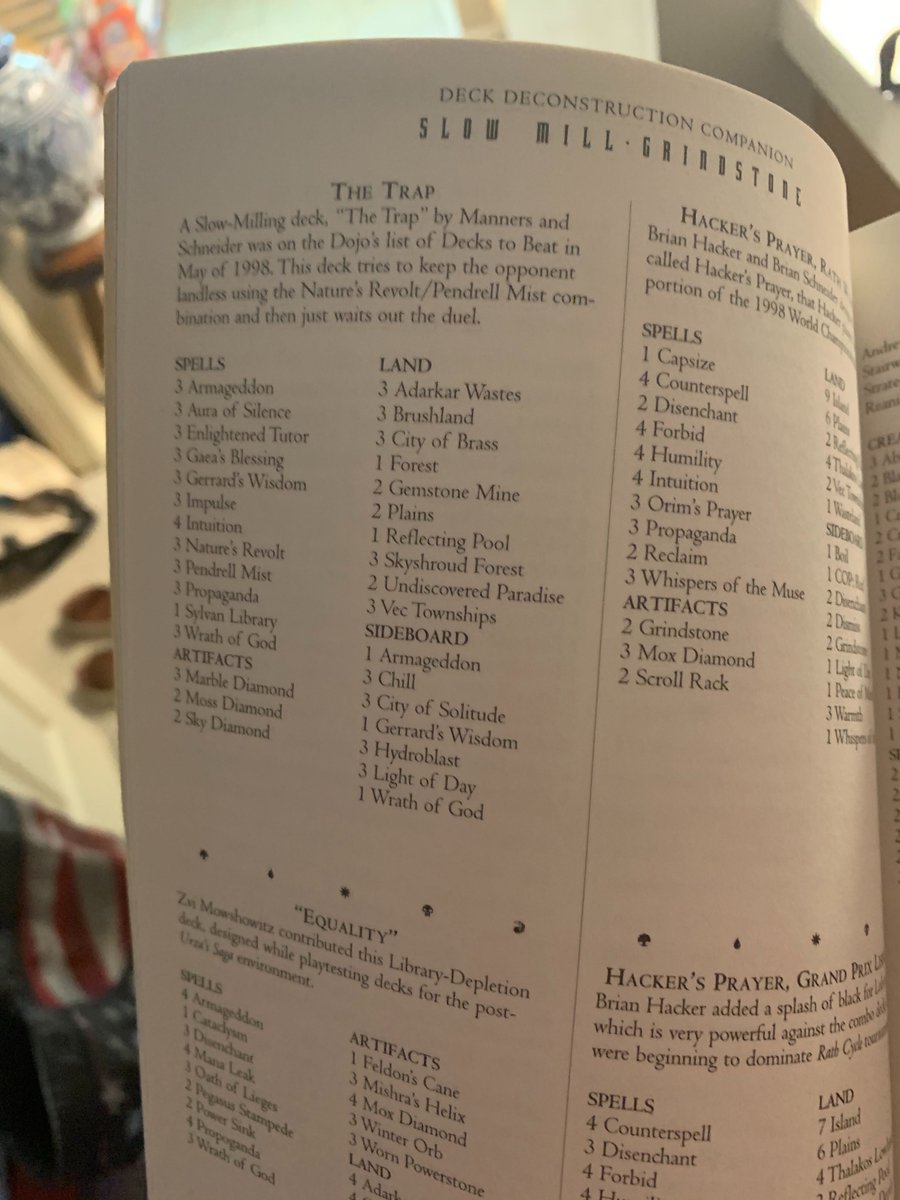 In the end, I wound up with the honor of being highlighted on the Spice Files! Check it out below.

This site uses Akismet to reduce spam. Learn how your comment data is processed.